If homeopathy is just water and sugar pills, why do doctors get so upset about it? 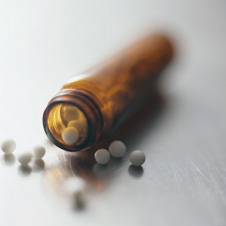 Just because you’re a hypochondriac doesn’t mean you’re not suffering from an obscure and terrible disease which is going to kill you very horribly.

Just because you’re a hypochondriac doesn’t mean you’re not suffering from an obscure and terrible disease which is going to kill you very horribly. That’s why, high on the long list of osteopaths, chiropractors, acupuncturists and other alternative practitioners I spend fortunes on every year, is a miracle worker called Fiona Gross.

In another age, Fiona would surely have been burned as a witch: the things she does with her array of potions baint natural. Just recently, for example, she cured a woman (a successful author) of a mysterious respiratory illness acquired on holiday in Greece. The woman’s GP was flummoxed, as were the various specialists she consulted. So in despair, she went to Fiona — the Sherlock Holmes of inexplicable medical conditions.

Fiona got into the business quite by accident. She was a middle-class north London housewife who suddenly acquired a mission in life when her young daughter broke out in eczema that conventional medicine couldn’t cure. After much reading, research and experimentation, Fiona did cure it, and decided thereafter to make a career of her new-found expertise — which now extends from allergies to anti-ageing.

She cured the author by asking the right questions. Gradually — Greece, holiday, outdoor sneezing — Fiona narrowed down the culprit to olive blossom. She then had some olive blossom sent to a Welsh firm called Ffynnonwen, which made it into a remedial tincture. They can do this with cat hairs, tree pollen, MSG, anything to which you’re allergic or intolerant. The author took the remedy for a week and, lo, her symptoms vanished.

You can imagine how her GP reacted, can’t you? That’s right. He said it was an utter nonsense. Clearly the woman’s illness had been psychosomatic — for homeopathic cures work only in the mind. That’s why the medical establishment is putting pressure on the regulators to have homeopathic remedies printed with a warning saying something like: ‘This product has no active ingredients and only works because of the placebo effect.’

I’m a bit puzzled by this antipathy towards homeopathic medicine. If it’s a Hippocratic principle to ‘first do no harm’, then what is the problem with tinctures so dilute that you couldn’t overdose on them if you tried? For some, homeopathy is a ludicrous quack cure — and that’s fine, no one is forcing anyone to take Nux Vomica instead of Anadin. But for other people it really works — and if it does, isn’t that something to be thankful for: a inexpensive medicine with no side effects?

This isn’t to say I’d use it for everything. For cancer, I daresay chemotherapy or radiotherapy may offer better outcomes than extract of belladonna. For piles — I speak from experience — surgery on the NHS is just the ticket. And if I were going to the tropics, I still think I’d personally place more faith in malaria pills and hep B jabs than I would in the ‘natural’ alternative.

But as a general principle, when it comes to complementary medicine my sympathies are with the Prince of Wales (unusually) and with another, more famous prince: ‘There are more things in heaven and earth, Horatio, than are dreamt of in your philosophy.’

For Horatio, read any number of celebrity debunkers of religion, magic, pseudoscience and superstition, from Ben Goldacre and Richard Dawkins to Derren Brown, James Randi and Penn and Teller. I like what a lot of them do and I share their belief in the importance of rigour, empiricism and rationalism. But I do wonder whether in their pursuit of post-Enlightenment heresies (from Christianity to homeopathy to climate change ‘denial’), they are not exhibiting just the kind of self-righteous fervour which in earlier times would have made them ideal witchfinders general or Spanish inquisitors.

Can they really afford to be so certain that they know everything there is to know about the scientific truth? Up until the 1880s, the experts would have laughed in your face if you’d suggested that malaria was caused by anything other than the foul air that emanated from swamps; up until the 1970s, you’d have been ridiculed for positing that stomach ulcers were caused by a bacterium; up until 1934, nobody even suspected that the major part of the universe comprised something called ‘dark matter’. Does that mean that everyone was totally thick in the old days and that we have all the answers now?

Perhaps, when we get round to discovering the hidden truth about absolutely everything, it will emerge that homeopathy is a load of old crock. Or perhaps, we’ll be totally amazed to find that despite being so dilute as to contain not a single molecule of the original substance homeopathic remedies yet really do retain a ‘memory’ with incredible curative powers. Until that day, what harm is there in keeping an open mind?

I know I do. On the one hand, almost every sensible article I’ve read confirms me in my assurance that it’s bunk. On the other, I’ve met too many people whose lives have been transformed by homeopathy not to keep trying it. And I’m one of them. Right up until my mid-thirties, my summers were ruined by hayfever. Now, thanks to Fiona, it has all but gone. And I haven’t told you about the even weirder diagnostic machine she has yet. The one that picked up my Lyme disease and my thyroid problems. If you think I’m a fool for believing such nonsense, well hey — in the unlikely event you can get an appointment — there’s always your good old GP.